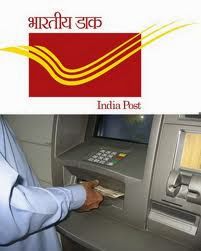 In what could intensify competition in the banking arena, India Post has drawn up an ambitious Rs 4,900-crore plan to swamp the country with 2,800 automated teller machines (ATMs) in major centres and handheld micro-ATMs in 1.3 lakh rural branches by 2015.
Though the division under the ministry of communication has applied for a banking licence with the Reserve Bank of India, it has started the process of tying up with banks, Mastercard and Visa for rolling out its ATM services.
If the plans are implemented on time, India Post will have an outreach far superior than any single bank and would be in a better position to meet the government's financial inclusion plan.
"Irrespective of whether we get a banking licence or not, the expansion and modernisation drive will continue. We will have more than 2,800 ATMs by 2015 in major centres. In case of villages, we are planning hand-held micro ATMs in 1.3 lakh villages," an official told FE.
India Post will call a tender through request for proposal (RFP) for the micro-ATMs next month.
Last week, India Post rolled out a pilot project with core banking solutions in three post offices in Chennai. "All the three POs have migrated to CBS. We will keep rolling out similar facilities in other centres and by end of 2014, the entire country will be connected through CBS," the official said.
The entire expansion and modernisation drive entails an investment of Rs 4,900 crore for which cabinet approval has already been taken. The funds will come from budgetary provisions.
Over the 150 years of his existence, India Post has build the largest postal network in the world with over 1.55 lakh post offices of which 90% are in the rural areas. Apart from postal services, it has been a major outlet for small savings, postal life insurance, money transfers, sale of mutual funds, foreign exchange and even payment of pension and wages under the MGNREGA scheme.
It's not just the reach as India Post is already one of the largest providers of financial services with a deposit base of over Rs 5.53 lakh crore of around 22 crores investors. A major drawback in the way of its expansion plan is the massive deficit that India Post is unable to wipe out. During 2011-12, the deficit stood at Rs. 5,800 Crore, which was 8.5% lower than 6,346 crore in 2010-11.
Courtesy : The Financial Express, 27 December 2013
Posted by Krishna Kumar Yadav at Friday, December 27, 2013 No comments: 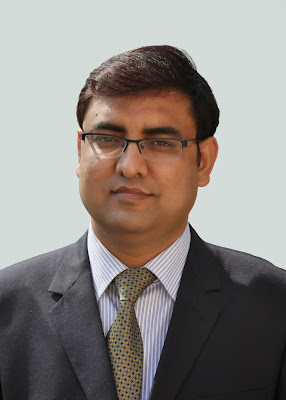 ALLAHABAD: Bharatiya Dalit Sahitya Akademi felicitated director, Postal Services, Allahabad region, Krishna Kumar Yadav, with Lord Buddha National Fellowship Award-2013 at the 29th National Conference of Dalit writers on 12-13 December, 2013 in New Delhi. The award was conferred to him for his contribution in literature, social work and to promote social harmony in society.
It is worth to mention here that earlier, Yadav has been felicitated by more than 50 awards and honorary degrees by many literary and social institutions for his dynamic personality, creativity, administrative abilities and perpetual literary creativity.
Apart from being a senior officer in postal services, 36 years old Yadav is active in the field of literature, writing, blogging, and social media and has published six books namely, 'Abhilasha' (a collection of poems), 'Abhivyaktiyon ke bahane' and 'Anubhutiyan ur vimarsh' (essay collection), 'India Post: 150 Glorious Years (2006) and 'Krantiyagya: 1857-1947 ki gatha' (2007),' Jungle me cricket' (poems for children). His creative works are published in various magazines and journals issued in country and abroad, web magazines published on the internet and blogs.
It may be noted here that Bharatiya Dalit Sahitya Akademi was founded by late Babu Jagjivan Ram in 1984 for promotion and conservation of literature and culture.
Courtesy : Times of India, 14 Dec. 2013
http://articles.timesofindia.indiatimes.com/2013-12-14/allahabad/45189938_1_literature-vimarsh-creativity 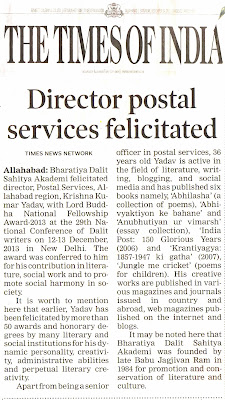 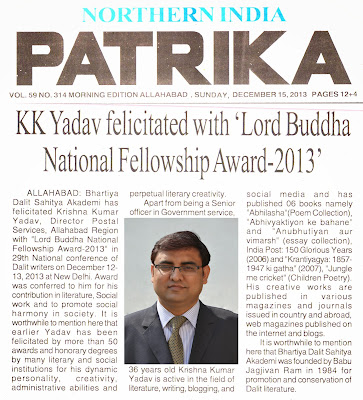 Posted by Krishna Kumar Yadav at Saturday, December 14, 2013 No comments: 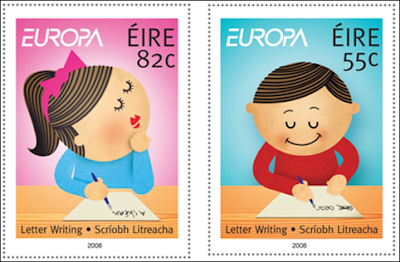 To promote letter writing, Universal Postal Union organizes letter writing competition at International Level every year. Mr Krishna Kumar Yadav, Director Postal Services, Allahabad Region told that school children of up to the age of 15 years (as on 31st March, 2014) may take part in this competition, which will be held on 5th of January, 2014 from 10:00 to 11:00 at Allahabad. The topic for 43rd letter writing competition is "How music can touch lives." Composition must be presented in the form of letter not exceeding 800 words. It may be written in English or any language listed in the 8th schedule of the Constitution of India.

Mr. Krishna Kumar Yadav, Director Postal Services, Allahabad Region informed that this letter writing competition will be organized at the headquarter of all Postal Circles/ Regions. In Allahabad Region this competition will be organized in Allahabad, where participants from the districts of Allahabad, Kaushambi, Pratapgarh, Varanasi, Bhadohi, Chandauli, Sonebhadra, Mirzapur, Ghazipur and Jaunpur  will participate. Last date of application for the competition is 21th December, 2013. He said that application forms for the competition may be obtained from the office of concerned Senior Superintendent/ Superintendent of Post Offices, in the mean while all Divisional heads have been instructed to ensure wide publicity and supply of forms to all schools.

Mr Yadav further added that the reputed schools may organize this competition for their students independently as well. Concerned school principals may contact Sr. Supdt of Post Offices for this.
Director Mr. K. K. Yadav told that these letters will be evaluated in Lucknow at Circle level and three best letters will be sent to Postal Directorate, New Delhi for inclusion at National Level. Three best participants at National level will be awarded first, second and third prizes with a cash reward of Rs. 2,000, 1,500 and 1,000. While one best entry from each Circle will also be awarded with a cash reward of Rs. 250 as consolation prize. The best entry at the National level shall qualify as the official Indian entry for this International level competition. 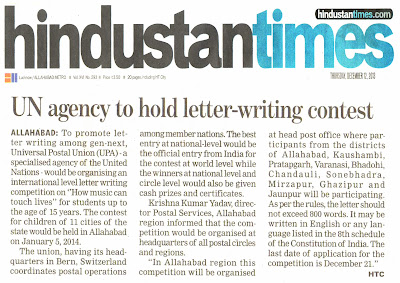 Posted by Krishna Kumar Yadav at Thursday, December 12, 2013 No comments: 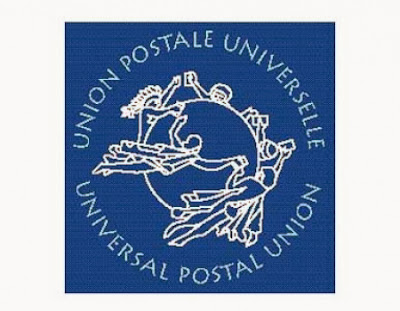 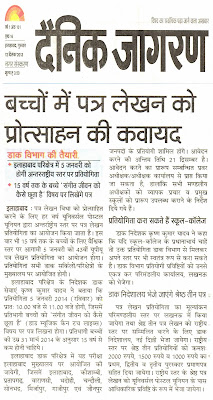 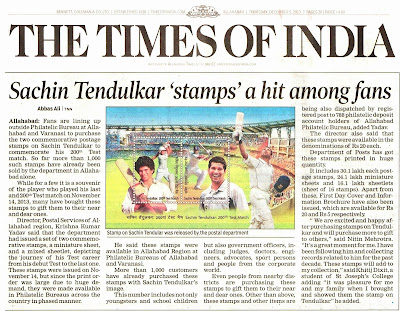 Sachin Tendulkar may have retired from Cricket, but his craze among his admirers is going to last for some time. His fans want to collect things related to him as souvenirs. Postal Department has issued two commemorative postage stamps on Sachin Tendulkar to commemorate his 200th Test Match on 14 November, 2013 and people are crazy to collect these stamps.

Mr. Krishna Kumar Yadav, Director Postal Services of Allahabad Region told that to honor Sachin Tendulkar, who is the only player to have played 200 test matches, Postal Department has issued a set of two commemorative stamps, a miniature sheet, and a mixed sheetlet, which depicts the journey of his test career from his debut test to recent one. These stamps were issued on 14 November but since the print order was large due to huge demand, they were made available in Philatelic Bureaus across the country in phased manner.

Mr. Krishna Kumar Yadav, told that these stamps are available in Allahabad Region at Philatelic Bureaus of Allahabad and Varanasi. More than 1,000 customers have purchased these stamps with Sachin Tendulkar’s image. This number includes not only youngsters and school children who are fans of Cricket and Sachin but government officers working in various fields, Judges, Doctors, Engineers, Advocates, Sport Persons and people from Corporate World. Not only Allahabad, but people are coming from nearby districts to purchase these stamps, many of these people are procuring these postage stamps for gifting to other persons. Other than above, these stamps and other items are being also dispatched by registered post to 788 Philatelic Deposit Account holders of Allahabad Philatelic Bureau added Mr. Yadav.

Director Mr. Yadav also told that these stamps are available in the denominations of rupees 20/- each. Department of Posts has got these stamps printed in huge quantity. It includes 30.1 lakh each postage stamps, 24.1 lakh miniature sheets and 16.1 lakh sheetlets (sheet of 16 stamps). Apart from these, First Day Cover and Information Brochure have also been issued, which are available for Rs. 20/- and Rs. 5/- respectively. 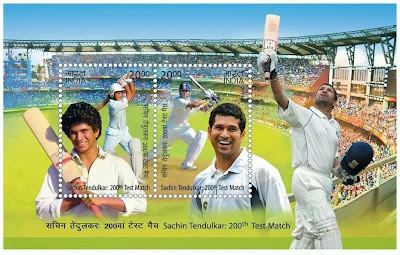 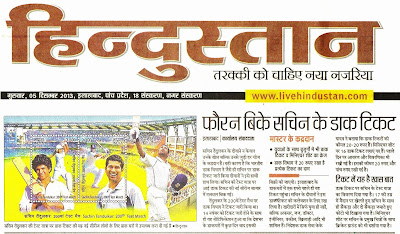 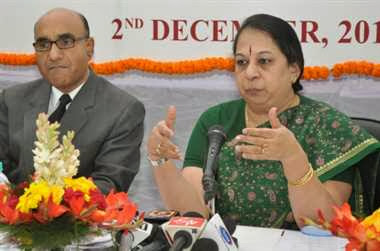 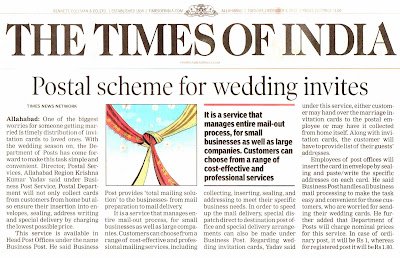 Season of marriages has started and there are a number of things to do for preparation of a marriage. One of the biggest worries is timely distribution of marriage invitation cards. Now, the Department of Posts has come forward to make this task easy and convenient. Mr. Krishna Kumar Yadav, Director Postal Services, Allahabad Region told that under Business Post Service, Postal Department will not only collect cards from customers home but also ensure insertion into envelopes, sealing, address writing and also special delivery by charging lowest possible price. This service is available in Head Post Offices under the name Business Post.

Mr. Krishna Kumar Yadav said that Business Post provides ‘total mailing solutions’ to the businesses from mail preparation to mail delivery. It is a one-stop shop service that manages entire mail-out process, for small businesses as well as large companies. Customers can choose from a range of cost-effective and professional mailing services, including collecting, inserting, sealing, and addressing to meet their specific business needs. In order to speed up the mail delivery, special despatch direct to destination post office and special delivery arrangements can also be made under Business Post .

Regarding wedding invitation cards, Mr. Yadav said that under this service, either customers may hand over the Marriage Invitation Cards to Postal Employee or may have it collected from their home itself. Along with invitation cards customer have to provide list of their guest’s addresses. Employees of Post Offices will insert the card in envelope by sealing and paste/ write the specific addresses on each card. Mr. Yadav said that Business Post handles all business mail processing to make the task easy and convenient for those customers, who are worried for sending their wedding cards.

Posted by Krishna Kumar Yadav at Tuesday, December 03, 2013 No comments: 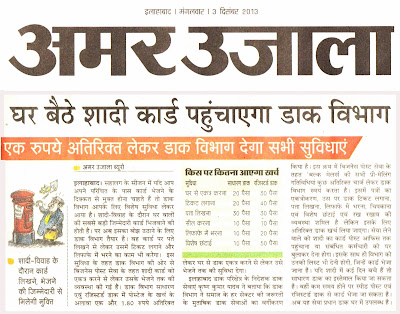 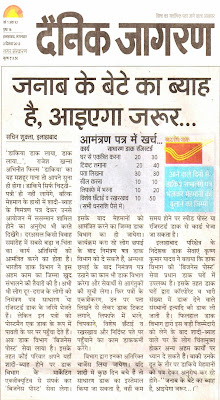 Posted by Krishna Kumar Yadav at Tuesday, December 03, 2013 No comments: