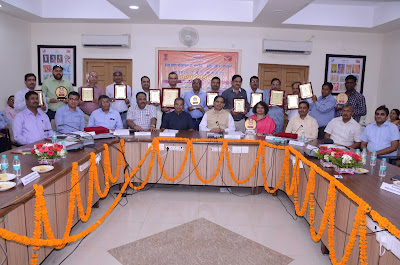 Annual review meeting and award ceremony for the year 2018-19 was organized by the Postal Department in the Lucknow on 17-05-2019 in the chairmanship of Mr. VP Singh, Chief Post Master General, Uttar Pradesh Circle. On this occasion all the Divisional heads who have excelled in Revenue Achievement / Business Development and Performance have been awarded by Chief Post Master General. He congratulated all the Achievers and asked to all others to get encouragement from the achievers and try to excel in performance / revenue achievement for the current financial year. 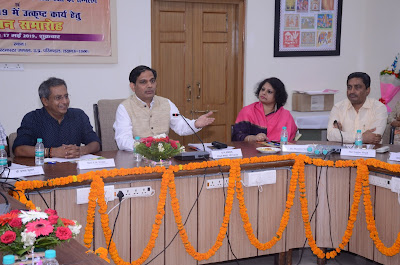 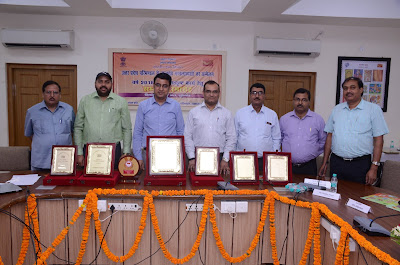 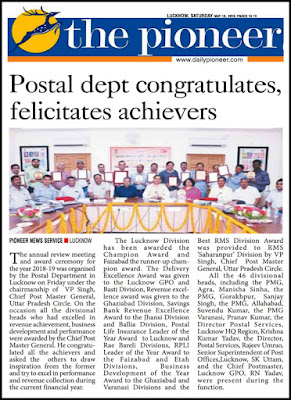 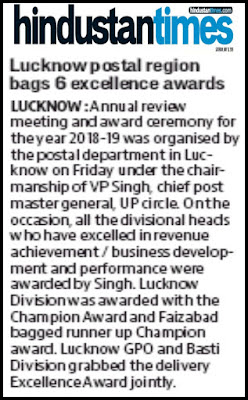 Lucknow Postal Region got 6 Excellence Awards by Chief Postmaster General, UP Circle
Posted by Krishna Kumar Yadav at Saturday, May 18, 2019