My Stamp with Holi picture, Colors of Holi will be seen on stamp now - Postmaster General Krishna Kumar Yadav 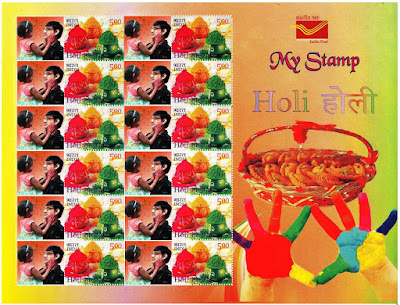 As soon as the festival of Holi draws near, its color starts climbing on people. Everyone wants to do something unique to make their Holi memorable. But have you ever thought that a stamp might be issued on Holi. Giving information in this regard, the Postmaster General of Varanasi Region Shri Krishna Kumar Yadav said that under the 'My Stamp' service of the Department of Posts, people can also get stamps on Holi with their photograph in remembrance. 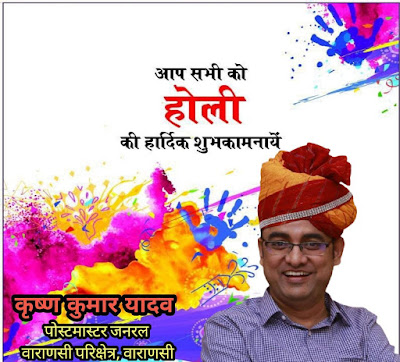 Postmaster General Shri Krishna Kumar Yadav said that a stamp of ₹ 5, on which you will have a beautiful picture dotted with the colours of Holi, can be sent anywhere across the country. On this my stamp, 'Holi' will also be written in Hindi and English and along with Gujhiya's dalia with colours and abir-gulal. A sheet of 12 my stamps can be made in the Philatelic Bureau at the Head Post Office for a cost of only ₹ 300.

Postmaster General Shri Krishna Kumar Yadav said that the young generation of today wants something new. It might be the first holi of new born baby or the first Holi of newly married couple or the memorial of the joint family gathered together in Holi. Stamp can be issued through 'My Stamp'.

It is worth mentioning that earlier the Department of Posts has provided the facility of issuing My stamp on the pictures of auspicious marriage, anniversary and birthday, through 'My Stamp', which is highly appreciated by the people. 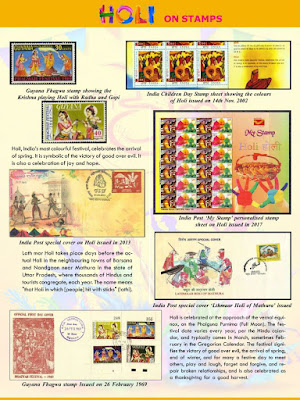 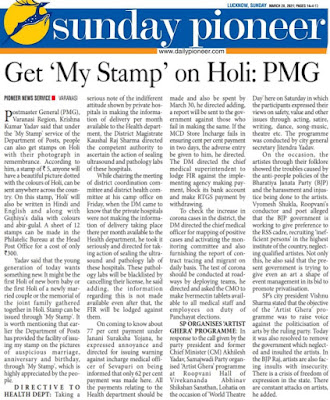 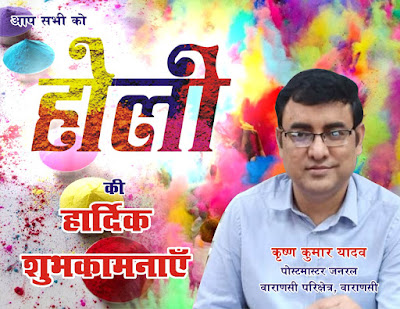