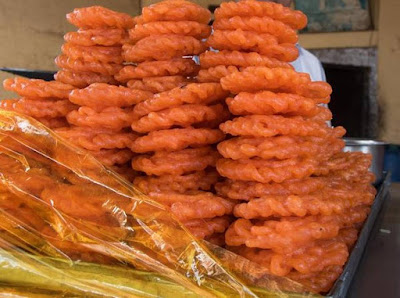 I was in Jaunpur for a day to explore the ancient grandeur of the city, but the one thing on my mind was the iconic Beniram ki Imarti that I was about to taste after nearly 25 years. Reaching the 200-year-old shop, I was transported back to another era. The imartis were as soft as etched in my memory, mildly sweet and the same dull-brown colour that indicates no use of colouring agents. Rakesh Modanwal, the fourth-generation owner of the shop, says proudly that they haven’t changed the recipe since his ancestor Beniram opened the store and they still use the green variety of urad dal, pure ghee and traditionally purified raw sugar to make their imartis. In fact, they’re so popular that it’s common for people to drive a few hundred kilometres to buy a batch.

Beniram’s would be the oldest surviving shop selling imartis, a mithai that originated in India, unlike the jalebi that came from the Middle East, despite their appearance. 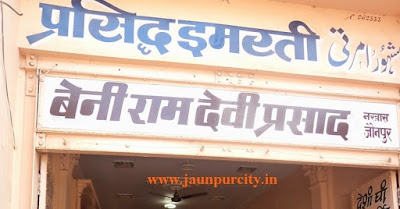 Jalebi is made of refined flour, a product of the Industrial Revolution, which is fermented naturally in the form of batter before being piped into hot ghee or oil; imarti is made of urad dal flour, fermented in the form of a thicker batter along with a little rice flour, both native ingredients being used since the Vedic era in the Indian subcontinent. The processes followed to make jalebi and imarti are similar, but the pattern or motif is distinctively different. Jalebi has a link chain pattern, while imarti is always made in singular units, where a circular base is first made and a scalloped pattern is piped over the circular girdle to give it a floral motif. The distinctive motif and the base ingredients in imarti make a bold statement about their genesis.

Imarti has also been mentioned in ancient texts. The Sanskrit name sudha kundalika (coils of amrit) indicates imarti or amriti has been around for aeons. Another ancient temple sweet from Kanyakumari called inippu thenkuzhal (coils of honey), as my friend Anoop Chand informs, is also made of urad dal and rice flour and has a similar tubular design. The oldest imarti recipe of Beniram’s, using green urad dal, is a clue regarding its ancient origin. In fact, the green-skinned urad dal is the reason why urad and mung dal were considered similar species by botanists earlier; this is because of the morphological ambiguity of green-skinned urad dal, whose skin resembles mung dal but the mucilaginous texture is like black urad.

Coming back to Beniram’s imarti, they have a shop at Olandgunj, Jaunpur, while the older shop is located at Shahi Pul, that was constructed during Akbar’s regime. 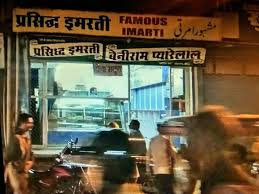 Modanwal told me that when his ancestor Beniram started making imartis in the mid-19th Century, it was not for business, but to treat his own family and friends with a mithai that he had learned from his ancestors. Beniram worked in the Postal Department, and once his British officer asked him to cook for them. Beniram made imartis among other things, and the next day, his officer called him and asked him to discontinue his service. Perplexed, Beniram apologised for any mistake that he might have made, and that’s when the officer told him that he has a rare talent of making great imartis and he should start a business. Beniram was given the prime location next to the Shahi Pul to start his shop, and a full year’s leave from his job, so he could establish a new business without any financial burdens or fear of failure. The shop still stands.