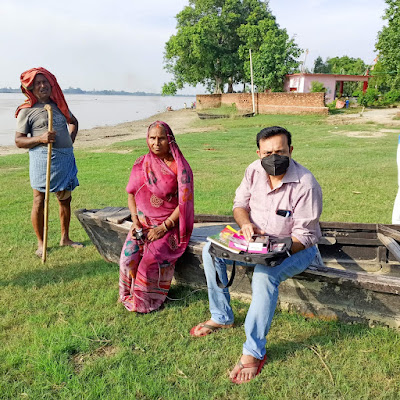 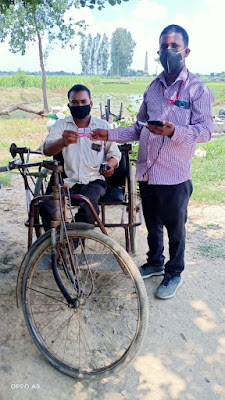 More than 7,000 people opened India Post Payments Bank account in a single day on 12th July by the Postal Department during a special Mahalogin campaign in Varanasi Region. These paperless accounts were opened only by Aadhaar and mobile number, promoting the ambitious scheme of Hon'ble Prime Minister Mr. Narendra Modi ji, promoting digital banking and financial inclusion. The above information was given by Shri Krishna Kumar Yadav, Postmaster General of Varanasi Region. So far 3.72 lakh people in Varanasi Region have joined India Post Payments Bank and are availing its services at doorstep. Now the maximum limit in IPPB account has also been increased from ₹ 1 lakh to ₹ 2 lakh. 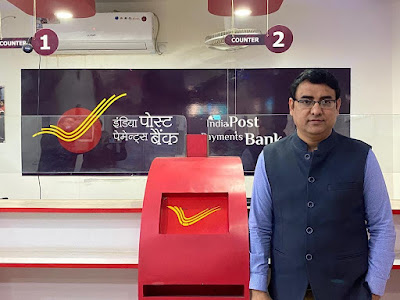 Postmaster General Shri Krishna Kumar Yadav said that through India Post Payments Bank, digital and paperless banking facility is being made available at door step. This will make easier for people to get DBT amount through IPPB sitting at home in future also. Through this account, all the facilities like mobile and DTH recharge, electricity and water bill payment will be available. The Postman is reaching at places where no other service providers reaches. Now postmen and Gramin Dak Sevaks have become mobile banks.

Postmaster General Shri Krishna Kumar Yadav informed that, the DBT amount or deposits received in other banks through Aadhar enabled payment system are also being paid through micro ATMs by Postal dept. For this also, a special Mahalogin campaign in the entire Varanasi Region was organized on July 10 and amount of Rs. 1.73 Crores was made available at beneficiary's doorstep. Total of 10,650 people were benefited from AePS service. During the corona epidemic. Postal Department has paid an amount of Rs 314 crore to more than 10 lakh people in Varanasi Region, till now.