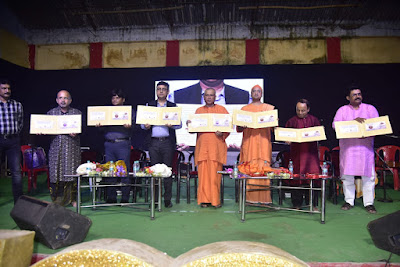 Varansi is the city of festivals and celebrations.  From literature-art-culture to religion and spirituality, the activities here have a rich history inside themselves.  The first public fortification of Banaras, 'Baranasi Durgotsav Sammilani' is on the foot of its centenary today. Banarasi Durvotsav Sammilani, Varanasi was started in 1922 AD by Bal- Vridha-Vanita of the then Bang samaj in the midst of the horror of the first world war and the blazing fire of the freedom struggle. This organization has always been commited to make festival fee from the monopoly of the elite class and make it a festival of the common man. Postmaster General of Varanasi Region Mr. Krishna Kumar Yadav given this statement while issuing a Special postal cover (envelope) and special cancellation  on 100 year celebration of 'Baranasi Durgotsav Sammilani' at CM Anglo Bengali Primary School, Pandey haveli Premises on 16th October, 2021. 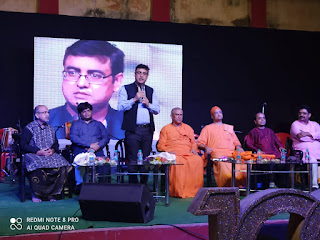 Postmaster General Mr. Krishna Kumar Yadav said that 'Baranasi Durgotsav Sammilani' has a rich history of its own. With this effort, through Durgotsav, this institution has preserved and enriched the cultural heritage of Banaras, beyond linguistic and economic differences. Sammilini has always been ready and working in support of the economically weaker section. In such a scenario, the Department of Posts has issued a special cover and special cancellation  on it, highlighting these features. 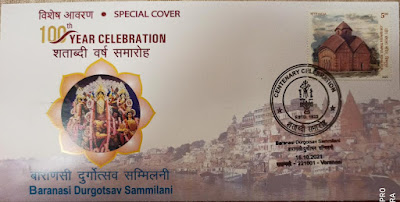 Mr. Debashisha Dass, president of 'Baranasi Durgotsav Sammilani' expressed his gratitude to the Postal Department for issuing a special cover on this institution. He told that, in July 1922, the name of 'Baranasi Durgotsav Sammilani' was held in a general meeting in the grounds of Bengali Tola High School. At that time, even electricity was not  properly supplied in Banaras. Since then, this institution has given it a new identity in Banaras by taking the initiative for Durga Puja in Banaras.