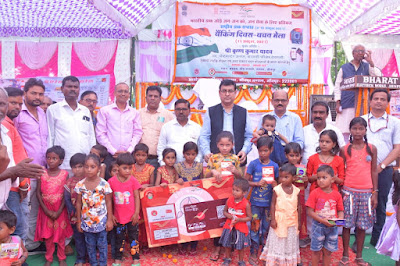 Girls are the future of tomorrow. For their bright future, they need to be strengthened financially and socially from now on. In this, 'Sukanya Samridhi Yojana' launched by Hon’ble Prime Minister Shri Narendra Modi under 'Beti Bachao, Beti Padhao' is playing an important role. Even today post office saving schemes are the most popular and people deposit money in them from generation to generation. The said statement was expressed by Shri Krishna Kumar Yadav,  Postmaster General of Varanasi Region in the program organized on Banking Day on October 11 under 'National Postal Week'. The accounts of Sukanya Samriddhi, Postal Savings Schemes and India Post Payments Bank were opened by the Postal Department by campaigning in Varanasi, Jaunpur, Bhadohi, Chandauli, Ghazipur, Ballia districts. 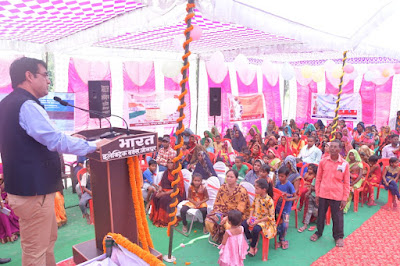 Postmaster General Shri Krishna Kumar Yadav said that India is celebrating the Azadi ka Amrit Mahotsav at this time and the role of daughters is important in our country. We have a tradition of worshiping girls during Navratri. In such a situation,  Sukanya Samriddhi Yojana, which can be opened in the Post Office with  ₹ 250 deposit for daughters up to 10 years, is not only a medium of investment, but it is also linked to the bright and prosperous future of the girl child. So far, Sukanya Samriddhi accounts of 2 lakh girls have been opened in Varanasi region, while 357 villages have been made Sampoorna Sukanya Samriddhi Grams. 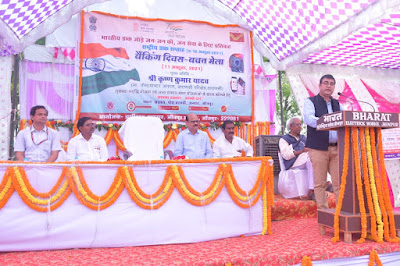 Postmaster General Shri Krishna Kumar Yadav said that the economic as well as social dimensions of this scheme are important. The amount deposited in this will be completely for the girl child, which will be useful in their education, career and marriage. This scheme will also promote women empowerment in future by empowering the girl child. He also appealed to the people to take an initiative by opening Sukanya Samriddhi accounts of nine daughters of poor and deprived families during this Navratri. 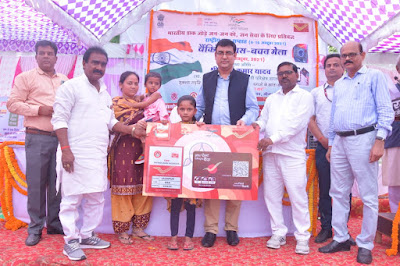 Postmaster General Shri Krishna Kumar Yadav said that Post Offices through India Post Payments Bank are playing an important role in financial inclusion. Under digital banking, along with opening an account sitting at home, a unique facility is being provided through the Aadhaar enabled payment system to withdraw money from any bank account sitting at home through a postman. Postmen have now become moving banks . So far 37.50 lakh accounts in various savings schemes and 4.25 lakh India Post Payments Bank accounts have been opened in the Varanasi region. Of these, 1.62 lakh and 59 thousand accounts have been opened respectively in this financial year amid the corona epidemic, added Shri Yadav.

Senior Superintendent of Post Office, Varanasi East Division, Mr. Rajan said that a door-to-door initiative is being taken by the postal dept. to connect daughters with Sukanya Samriddhi Yojana. A maximum of ₹ 1.5 lakh  can be deposited in this scheme in a financial year. Up to 50 percent of the deposit amount can be withdrawn after the girl child attains the age of 18 years or has passed class 10th. The maturity period of the account is 21 years from the date of account opening, however it can be closed at the time of marriage after the girl child attains the age of 18 years. Superintendent of Post Office, Varanasi West Division, Mr. Sanjay Verma informed that the interest rate in Sukanya Samriddhi Yojana is 7.6 percent and there is also income tax exemption on the amount deposited and the interest earned. To open the account, two photographs are required along with the birth certificate of the girl child, identity card of the guardian and residence proof. 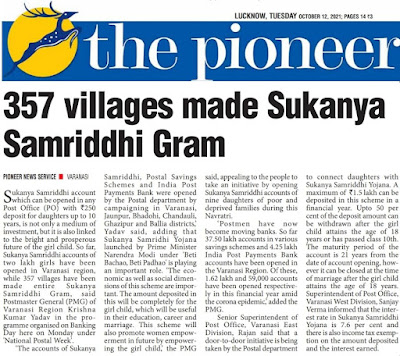