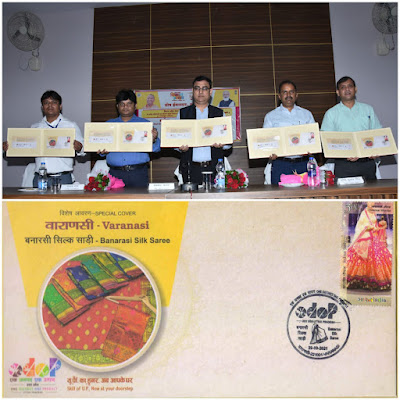 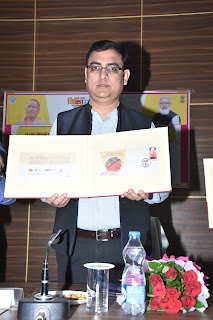 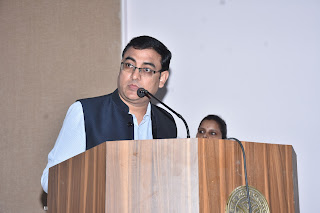 Postmaster General Mr. Krishna Kumar Yadav said that the special cover released on Banarasi silk saree will give it a global recognition. Through this the culture, art, heritage of Varanasi will spread across the world. The silk of Varanasi are synonymous with splendor and regality across the world. The district offers a wide range of these products in different attractive looks, designs and patterns. Banarasi silk sarees are synonymous to regalia. This craft has been in practice for more than 500 years and today approximately 29,802 weavers are associated with it. These products are GI tagged.

Postmaster General Mr. Yadav told that in Varanasi Region, Department of Posts has issued special cover and special cancellation on ODOP products including Banarasi Silk Sarees in Varanasi, Carpet in Bhadohi, Zari Zardozi in Chandauli, Jute Wall Hangings in Ghazipur, Woolen Carpets in Jaunpur and Bindi (Tikuli) in Ballia. Out of this, there are many such products which were losing their identity and which are being revived by the life of modernity and expansion and the postal department has an important role in this.

Joint Commissioner Industries Mr. Umesh Kumar Singh said that the aim of the ambitious 'One District - One Product' program of the Government of Uttar Pradesh is to encourage these special crafts and products. The Department of Posts has given it a more unique identity by placing the Banarasi silk saree on a special cover. 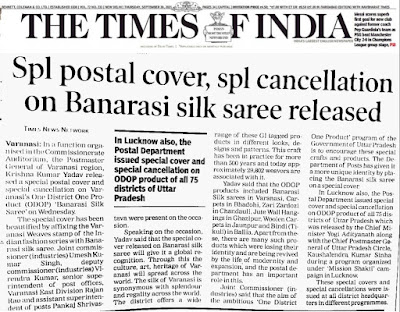 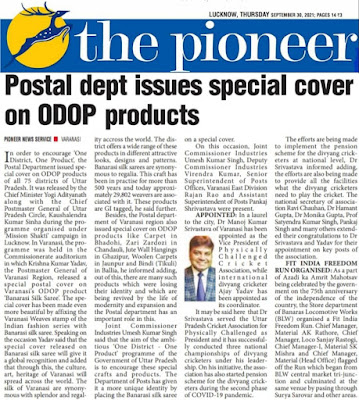