75 Lakh Postcard Campaign : School children to write Post Card to Prime Minister on ‘Unsung Heroes of Freedom Struggle’ and ‘My vision for India in 2047’ 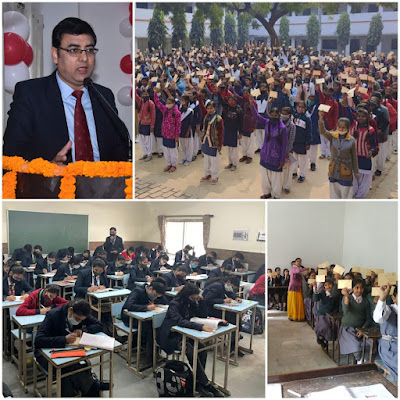 As a part of ongoing celebrations of Azadi ka Amrit Mahotsav (AKAM), the Department of Posts in collaboration with the Department of School Education & Literacy, Ministry of Education is conducting the “75 Lakh Post Card Campaign”. The students will write a Post card to the Prime Minister of India on any of the two topics “Unsung Heroes of Freedom Struggle” and “My vision for India in 2047”. Sharing above information Mr. Krishna Kumar Yadav, Postmaster General of Varanasi Region said that all the students belonging to class IV to class XII from the schools affiliated to CBSE including Kendriya Vidyalayas and Navodaya Vidyalayas and schools affiliated to State Education Boards can participate up to 20th December 2021. The language used for Post card writing shall be English, Hindi and all scheduled languages. 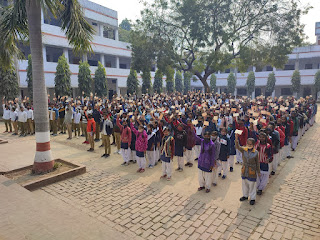 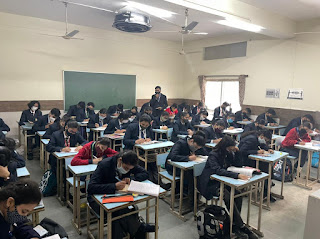 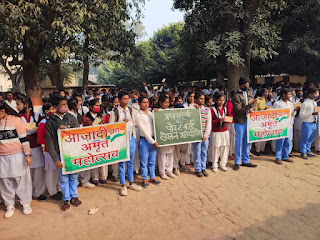 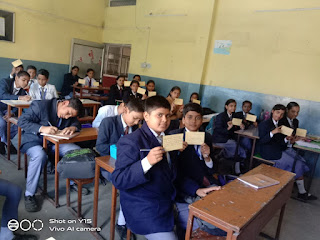 Postmaster General Mr. Krishna Kumar Yadav told that during this campaign about 2 lakh students from Varanasi Region will participate and write Post card to the Prime Minister Shri Narendra Modi. For this, Postal department is organizing Post card writing competition in various schools by motivating the students. More than one lakh Post cards have been provided to the schools on their demand till now. This can be purchased @ 50 paisa per post card. Postal department is providing post cards to schools by putting a rubber stamped address of the Prime Minister's office on each Post card used in the campaign. Arrangements have been made by the Department of Posts to deliver all the Postcards through special bags to the Prime Minister’s Office on a specified date.

Postmaster General Mr. Krishna Kumar Yadav said that through this Post Card campaign youth will get an opportunity to know about the unsung heroes of freedom struggle and also share their views with the Prime Minister for the upliftment and development of India in 2047. The young generation will also have the experience of writing letters in the era of email and social media. After the campaign, respective schools will conduct a screening of all the entries in order to shortlist a maximum of 10 Post Cards with the best ideas. These Post cards will be scanned and uploaded by CBSE affiliated Schools on https://cbseit.in/cbse/2021/dak/frmlogin.aspx, whereas Schools affiliated to State education boards will upload on MyGov portal link https://innovateindia.mygov.in/postcardcampaign. 75 students who will contribute best ideas in Post card shall be invited for final event to be held at Vigyan Bhawan, New Delhi on 17th January 2022 and shall interact with Prime Minister. About 500-1000 post cards having best ideas will be displayed during the exhibition organized on this occasion, said Mr. Yadav. 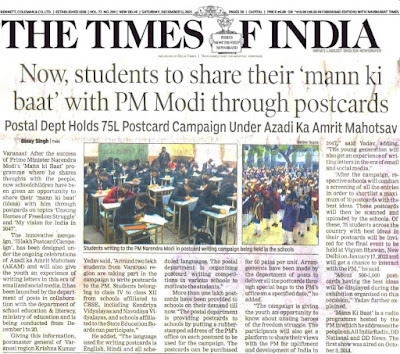 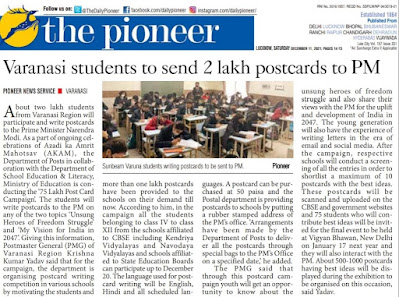