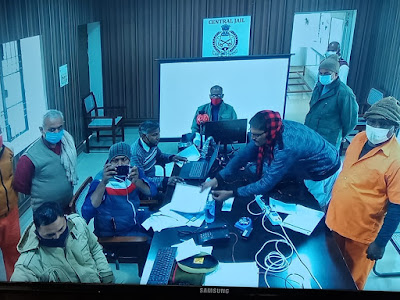 Now the prisoners in jail will not have to bother to update their Aadhar cards. Aadhaar updation of prisoners is also being done by the postal department. On the instructions of Postmaster, General Krishna Kumar Yadav of Varanasi Region, the Postal Officials of Cantt Head Post Office, Varanasi, performed special camp at the Central Jail, Varanasi in Shivpur, doing the Aadhaar updation of prisoners.

For this, the Senior Superintendent of Central Jail, Varanasi had requested the Department of Posts, on the basis of which Postmaster General Krishna Kumar Yadav gave its approval. Ram Milan, Superintendent of Post Office, Varanasi West Division  said that during this period Aadhaar of 237 prisoners were updated. This helped the prisoners, while the jail administration also got the facility. 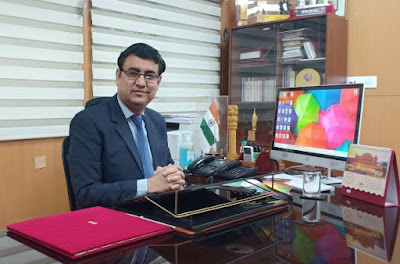 It is worth noting that ever since Krishna Kumar Yadav took over as the Postmaster General in the Varanasi Region, work has been done to popularize the postal services and connecting people with it. In this order, people are being provided facility by conducting special campaigns in every division from time to time regarding Aadhaar enrollment and updation. 132 out of a total of 136 Aadhaar kits are active in Varanasi Postal Region, which is second in the entire Uttar Pradesh Circle with 97 percent.

Assistant Director of Postal Service Shambhu Rai said that, on the initiative of Postmaster General Krishna Kumar Yadav, the enrollment and updation work of more than 71,000 people has been done from January to 13th February this year by conducting special campaign in the post offices of Varanasi Postal Region. In this, 27,000 people got new Aadhaar and over 44,000 people got Aadhaar updated

The new Aadhaar is made completely free at the post offices. The fee is charged only for updating of old Aadhaar. It has to pay ₹ 50 / - for demographic modification (name, date of birth, gender, address, mobile and email) and ₹ 100 / - for biometric modification (fingerprint, iris and photo). 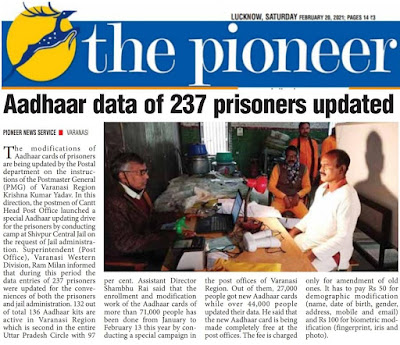