25th All India Postal Carrom Tournament will be organized from 9th to 13th February at KD Singh Babu Stadium, Lucknow 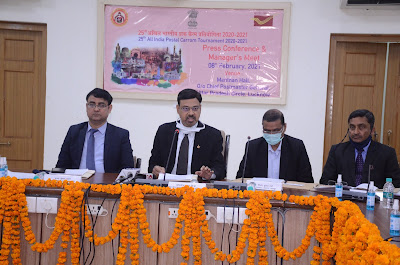 25th All India Post Carrom Tournament will be organized by Uttar Pradesh Postal Circle from 9 to 13 February, 2021 at KD Singh Babu Stadium, Lucknow. 140 Carrom players from 17 Postal Circles from across the country will participate in the tournament. 425 matches will be played at team and individual levels. Apart from the host Uttar Pradesh, teams from Tamil Nadu, Gujarat, Himachal Pradesh, Chhattisgarh, Assam, West Bengal, Delhi, Karnataka, Haryana, Maharashtra, Andhra Pradesh, Bihar, Jharkhand, Punjab, Telangana and Odisha Postal Circles will participate in the tournament. This information was shared by the Chief Postmaster General, Uttar Pradesh Circle, Shri Kaushlendra Kumar Sinha while addressing the press conference organized in the Manthan Hall. 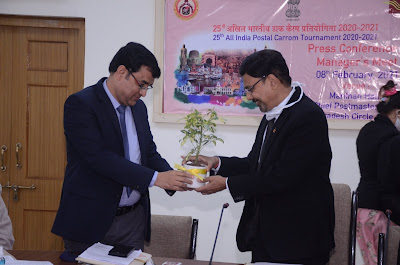 Shri Sinha also said that last year Uttarakhand Circle hosted the All India Post Carrom tournament in which Tamil Nadu was the winner and Uttar Pradesh was runner-up. 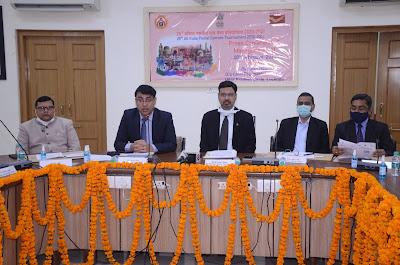 The tournament will be inaugurated on 9 February at 10:30 am at KD Singh Babu Stadium, Lucknow by Shri Kaushlendra Kumar Sinha. Shri RP Singh, former member, Indian cricket team would be the guest of honour in the inauguration ceremony. The Director General of Department of Posts, Shri Vineet Pandey will be the chief guest of the closing and award distribution ceremony to be held at 3 pm on February, 13th. Shri Sanjay Kapoor of Haryana Circle has been nominated as Central Supervisor and Shri Shripati Kamle of Andhra Pradesh has been nominated as Technical Representative. 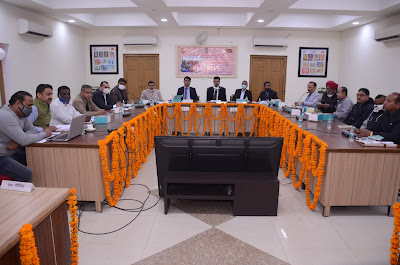 Shri Sinha said that in view of Covid-19, complete safety arrangements have been made in Lucknow for the teams, coaches, managers and people associated with the tournament arriving from various circles. 8 committees have been constituted under the Chairmanship of the Postmasters General of various Regions and General Manager (Finance) for efficient management of the tournament. A 24 hour medical support team and isolation room has also been arranged to ensure good health of the participants. A cultural eve will be organized on February, 12th for introducing the team members with the culture of Uttar Pradesh. It is expected from players of all the teams to follow all safety precautions against Covid-19 and show discipline and good sportsmanship in the tournament.

Chief Postmaster General, Uttar Pradesh Circle will inaugurate the tournament at KD Singh Babu Stadium, Lucknow on February 9 at 10:30 am